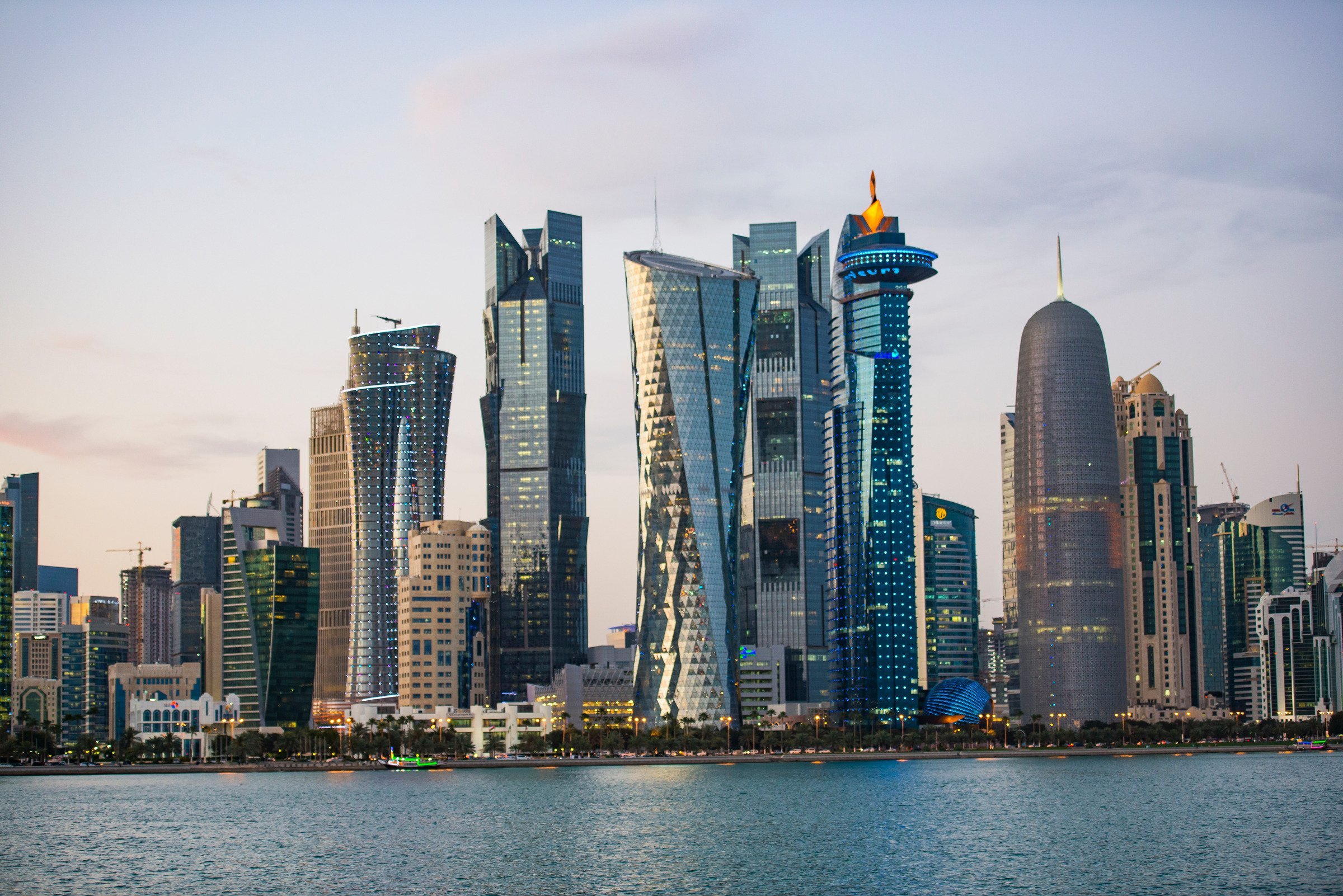 Qatar is a small, affluent nation, and it’s changing quickly. The country is turning to more expansive experiences for the palate as tourism and urban infrastructure get more attention from the government and the population grows. Luckily, Qatar is relatively simple and easy to enter as well. Here’s an aerial view of the food and beverage landscape.

Qatar’s economic diversification benefits the food and beverage sector. An oil-rich nation, Qatar has been expanding its fiscal spending, turning its focus to a wider range of sectors (including food and beverage). This is a major part of its strategy to avoid future dependence on oil. The strategy, called ‘Vision 2030,’ was launched in 2008 and aims to involve the private sector in the development of more of its domestic industries. In large part because of this strategy, food consumption looks on track to increase at a CAGR of about 7.4 percent by 2026 vs. 2016.

So does the expanding tourism industry. The government has been investing in major infrastructure as part of a long-term plan to become one of the most attractive countries in the region for tourism. In addition to hosting the FIFA World Cup in 2022, Qatar announced new more relaxed visa requirements in 2017. Nationals of 33 countries (including most in the EU) are eligible for visa waivers lasting 90 days. For Australians and those from 46 other countries including the US and UK, the visa waiver lasts 30 days and permits multiple re-entries. The National Tourism Council also organizes the annual Shop Qatar festival, which now lasts longer and offers promotional deals, discounts; entertainment and public celebrations, events and festivities to bolster the country’s retail sector and promote Qatar as a shopping destination.

People in Qatar are living more international lives. Government investment in urban infrastructure includes a proliferation of shopping malls and districts, which provide hubs for international food experiences. For example, an estimated 62 additional hotels and 16 new malls are expected to commence operations by 2020, which will also expand the commercial avenues available for food and beverage vendors. Qatar’s population has grown immensely over the last 15 years. A big contributor to this is the wide influx of expats, especially those from Asia and Africa. This ethnic diversity drove the introduction of more cuisines from across the world. With increasing exposure and accessibility, the already-diverse Qataris’ appetite for global flavors is growing too.

And they’re living more plush lives. Qatar is the 7th richest nation in the world in per-capita GDP terms. With a median population age of 31, a large proportion of consumers are both young and affluent. This combination has proven to be likely to translate into growing demand for healthy food products and experiences, and premium goods such as organic foods and diet foods. In addition, they’re hungry for new food experiences and have the funds to pay for it. Premium products are on the rise, as are new luxury goods malls and department stores, such as Al Hazam and Harvey Nichols, further increasing access and appetite.

Qatar is one of the most advanced in the region for its health policies in schools, including nutrition and/or physical activity programs. The country has also banned soft drinks and junk food in hospitals, and implemented workplace health-promotion. Though the shifts in purchasing are subtle, the country is seeing more demand for health foods across a range of packaged food categories.

And connected. Especially for the young, affluent population, who are looking for more novel ways to consume. Store-based retailers are branching out into omni-channel retailing, and online-only are also in operation. Leading e-commerce grocers include Amazon, LuLu and Doha Sooq. But there are also market alternatives like Suncart, Baqaala and getit, as well as specialty online grocers like Good Life Market and Q Twenty Two. Apps, home-delivery and ‘click and collect’ systems will also increase online shopping as this format grows in popularity. Vendors are looking to keep up with this lucrative segment of consumers and aligning with digitally savvy platforms is a good strategy.

It’s comparatively safe and simple to export there. Among its peers in the region, Qatar stands out in terms of logistical ease of doing business. It is relatively safer to operate in; and offers efficient bureaucratic and legal systems, a low tax burden and efficient tax system. It is prudent to be aware that additional tariffs apply on a wide range of products (such as alcohol and tobacco), and that the country has stringent import licensing policies. In addition, while Qatar is experiencing tensions with many of its neighbors, these tensions appear to be quite stable, and are not expected to escalate, making it a relatively attractive import destination in the region.

What can you do? There are more than 100 outlets that list Western brands in Qatar, such as Al Meera, Sidra Stores, Carrefour, LuLu, and Saudia Hypermarkets, creating ample opportunities. A range of promotional activities will help to get your products off the shelf; such as supermarket catalogues, Australia-week promotions, other in-store promotions, social media campaigns, trade show participation, and strategic alliances with complementary brands. There are also extra opportunities to set up or partner with food outlets in newly-built hotels and urban centers, such as fine dining outlets, casual dining outlets, quick service restaurants (QSRs), cafes, dessert parlors, beverage serving outlets and cafeterias.

Want to learn more? Come to our forum! Buyers from the GCC and Asia will share their insights at our upcoming forum on Monday 9 September in Sydney, as part of Fine Food Australia. We’d love to see you there! Register here!

The Taste of Home: A Suite of Specialties