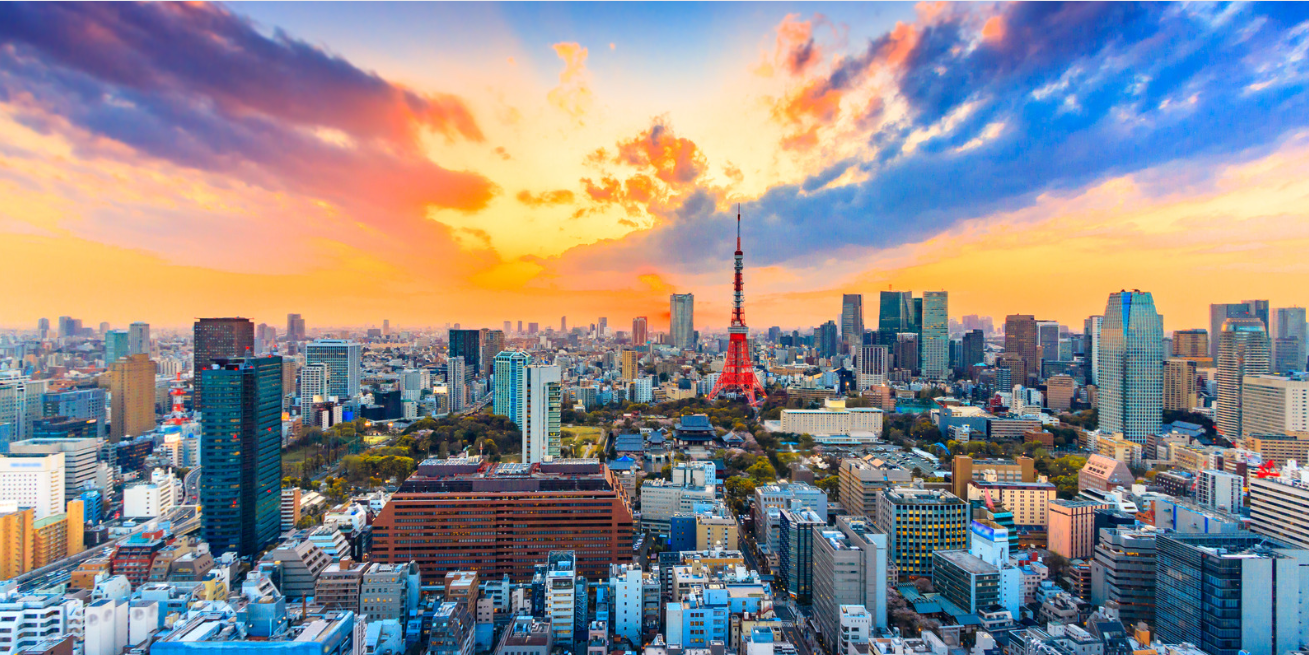 A Large and Highly Developed Economy

Following the end of World War Two, Japan embarked upon an extraordinary period of economic growth, often coined the ‘Japanese Economic Miracle’. While growth slowed following the end of the Cold War, Japan remains an economic powerhouse today as one of the most developed economies in the world. In fact, Japan’s nominal GDP exceeded $5.06 trillion in 2021, making it the world’s third largest economy. Comparing this rank to Japan’s GDP per capita, Japan retreats to 30th globally at US$39,048. However, this is still a promising figure, with over 90% of the population considering themselves to be middle-income.

Thriving Trade After the Edo Era

Japan’s attitude to trade has evolved significantly since the Edo Era, when it closed itself off from the rest of the world. Nowadays, Japan is a globalised economy. Officially signed in 2015, the Japan-Australia Economic Partnership Agreement (JAEPA) provides significant advantages to Australian businesses seeking to export to Japan. Among these advantages for Australian food and agribusinesses are reduced tariffs on beef exports, duty-free wheat and barley exports and preferential quotas for dairy products, as well as the abolishment of tariffs on certain sugars, wines, seafoods, fresh produce and processed foods.

This agreement also signifies the most liberalised trade partnership that Japan has even been a party to, and was instrumental in further cementing Australia’s place in Asian trade through supporting the creation of the Comprehensive and Progressive Agreement for Trans-Pacific Partnership (CPTPP). Beyond its generally open economy, the ease of trade in Japan is further supported by Japan’s rank as 5th on the global Logistics Performance Index, where the country ranks particularly strongly on infrastructure as well as logistics quality and competence. This is primarily driven by highly developed physical infrastructure, including modern road networks, highways and high-speed railways.

Japan’s population of over 125 million creates one of the largest consumer markets globally. The Japanese consumer is highly experimental, a trait that has increased throughout the COVID-19 pandemic. Consumers are increasingly eating traditional dinner foods, such as sushi and ramen, for breakfast. Brand loyalty is high, especially amongst older population segments, and consumers tend to reward brands with their loyalty if they’re constantly innovating.

If we rewind a few decades, we can see that historically, Japanese consumers have selected products based on quality, rather than purchasing mass consumption goods. However, if we fast forward to today, we can see this trend has reversed, with lower quality and discount goods steadily gaining market share. Japanese consumers are also increasingly time-poor, with the rise in dual-income households and working hours leading consumers to favour convenience, both in terms of the products they purchase and how they go about doing so.

The Japanese population is one of the top three oldest in the world, with a median age of 48.4 years. And this is reflected in consumer behaviour. For instance, the sales of food and beverage products promoting health and wellness are growing rapidly, including probiotic-infused beverages and collagen snacks. While sustainability is a concern for Japanese consumers, the premium markup of ethically sourced food and beverage products does however render these options relatively unpopular.

Developments in Retail, E-commerce and Foodservice

When exploring Japan’s retail sector, it’s clear that modern grocery retailers including convenience stores, hypermarkets and supermarkets have become increasingly popular over traditional grocery retailers. Part of this growth is driven by rising urbanisation at 91.8%, as major shopping centres, which house modern grocery retailers, are rising in prominence. Grocery stores were also the big winner in 2020 and 2021, as consumers also increased the proportion of their expenditure towards essential goods.

Looking at e-commerce, it’s no surprise that Japan’s market is the fourth largest globally, valued at over US$100 billion. E-commerce saw rapid growth in recent years, doubling from 2019 to represent 5% of total grocery sales in 2020, a trend which has largely benefitted hypermarkets such as Seiyu. Gourmet subscription boxes such as Oisix have also benefited as a way for consumers to create quick yet premium recipes at home. This e-commerce boom is expected to remain in Japan, as consumers believe they’ll continue to spend more through online channels after the effects of the pandemic have subsided, due to the convenience and accessibility that online shopping provides.

On the foodservice side, sales slowed not only as a result of COVID-19, but an increase in VAT to 10% as the government seeks to encourage more cashless payments. COVID-19 exacerbated already declining foodservice sales, which came as a result of rising ingredient costs and a shrinking labour face attributed to Japan’s ageing population. While this forced many operators to close, those focused on innovation are reaping rewards. Such innovations sinclude offering breakfast options, which consumers have traditionally preferred to eat at home, as well as creating new menus or partnering with delivery businesses like Demae-Can.

Food and beverage is big business in Japan! To find out why, just look at household consumption – 15% of which is spent on food and beverage products alone. Japan is one of the most valuable grocery markets in the world, worth a staggering $US466 billion a year. This figure sees Japan rank 4th globally for grocery purchases per capita. This fact was only exacerbated by the COVID-19 pandemic, which saw consumers allocate a greater proportion of household expenditure to essential goods like groceries, causing sales volumes to grow greatly.

So, what are the most fruitful categories? Overall, the food and beverage sector is currently valued at 388.53 billion, a figure set to reach over 475 billion by 2026. Breaking this down, much of this growth will be attributed to categories such as spirits, wines and meat substitutes, which will all see growth rates upwards of 7% as people spend more time cooking and drinking at home. Meanwhile, bakery and cereal products, meat and dairy and soy food will see CAGRs above 5%. A shift towards convenience foods is also on the cards, with canned, dried and frozen foods, as well as prepared meals and soups seeing similar growth rates above 5%.

That concludes our exploration of the Japanese market! An expansive population and economy combined with the lucrative Japan-Australia Economic Partnership Agreement represent a strong opportunity for exporters, and Australian exports in particular, to multiply their customer base. Japan’s future-forward infrastructure is also important to note, given its relevance to export success, while the experimental nature of consumers opens them up to trying new imported goods. From a channel perspective, the growth of modern retail and explosion in e-commerce activity also represent opportunities for expansion. And finally, from a category perspective, popular Australian exports including wine and meat are set for consistent growth in upcoming years!

We hope you’ve found these insights on the Japanese market helpful. As always, if you’ve got any questions or want to discuss export opportunities for your company, feel free to drop us a line at Export Connect – we’d love to hear from you.

Market Trends in the UK – Insights from Booths UK