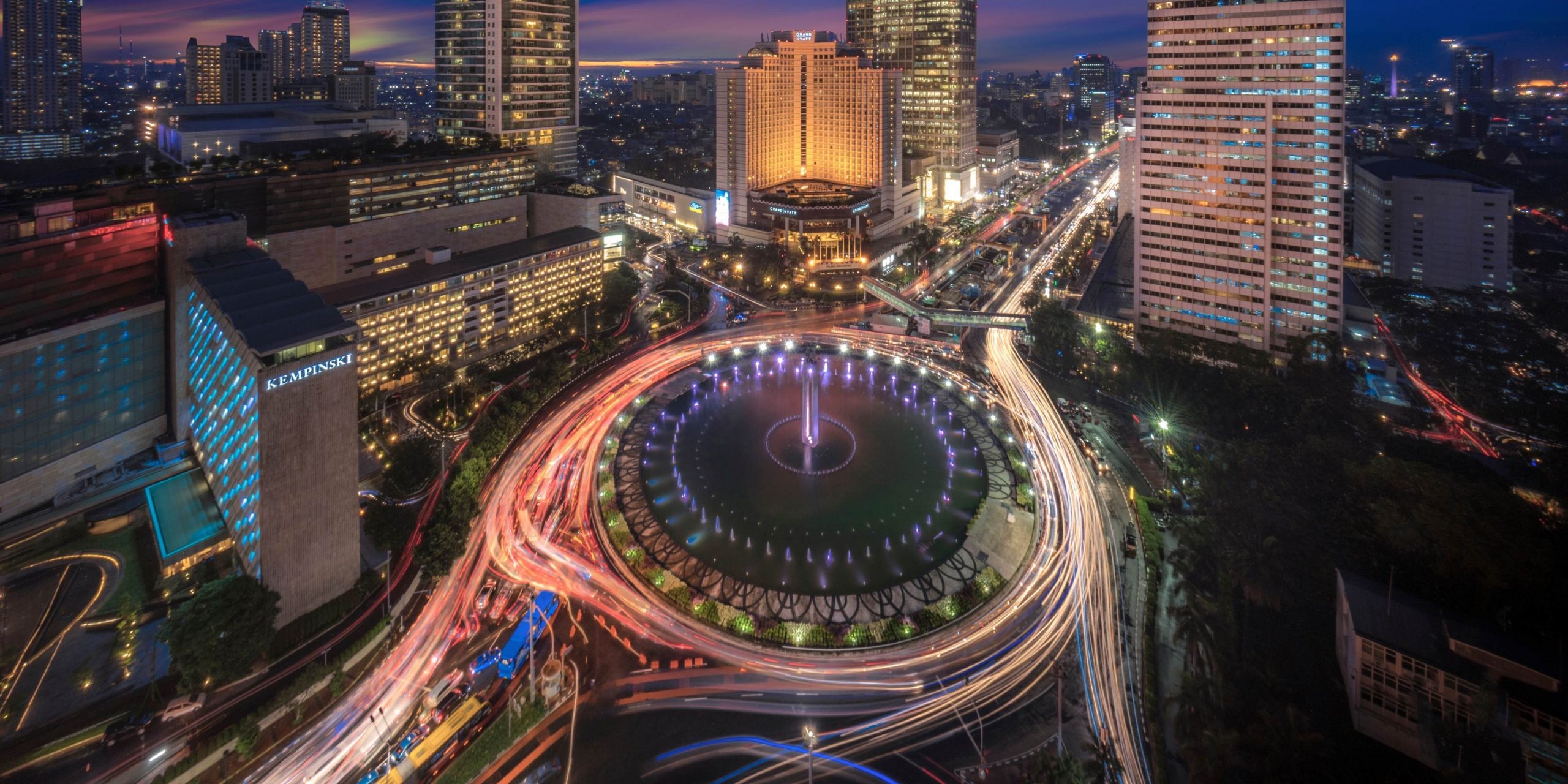 Despite being in office for just under two months, Anthony Albanese has already sought to strengthen trade ties with some of Australia’s closest neighbours in a bid to lessen our economic dependency on China. Indonesia is no exception, set to become a key pillar of this strategy. This, of course, begs the question: where does the market opportunity in Indonesia lie?

A Large and Recovering Economy

The Indonesian economy has come a long way in the past few decades, and future prospects are looking fairly bright too! In the last 20 years since the Asian Financial Crisis, Indonesia has made impressive gains in poverty reduction, with the rate of poverty having more than halved to reach 9.8% in 2018. The country has all the makings of a strong economy: steady domestic demand, social stability and stable prices.

Today, Indonesia is one of South Asia’s emerging market economies! It maintains one of the highest GDPs globally at over US$1.1 trillion. However, per capita GDP is largely a different story, at US$4,450.7. Pre-pandemic, the country experienced consistent economic growth averaging 5% over a decade, which saw household disposable incomes and consumer spending rise in tandem. However, COVID-19 saw Indonesia slip from a middle to a lower-middle-income country. Despite Indonesians being optimistic about recovery, reduced incomes did see them exercising more cautiousness when buying goods, such as shifting to cheaper products. The economy is expected to recover despite high inflation and global conditions, with a GDP growth rate of 5.1% and 5.3% forecast for 2022 and 2023, respectively.

Indonesia is a fairly open economy, with over 2,000 bilateral investment treaties in place. Looking at the country’s relationship with Australia, ties are generally strong. Indonesia is party to regional agreements including the ASEAN-Australia-New Zealand Free Trade Area (AANZFTA) and the Regional Comprehensive Economic Partnership. Regarding bilateral agreements, the Indonesia-Australia Comprehensive Economic Agreement officially came into force in 2020. The agreement significantly strengthened ties between the two countries, removing up to 99% of duties on Australian exports, compared to 85% under AANZFTA. Market entry will also be made easier with Indonesia guaranteeing import permits for certain products, such as frozen beef, lamb, citrus fruits and potatoes.

A Substantial Consumer Base With Shifting Preferences

As the world’s fourth largest country by population at 275 million, Indonesia presents a substantial opportunity for any exporter to expand their potential customer base! The consumer base is also fairly young, with a median age of just 29.7. This trend largely benefits businesses in the food and beverage space, where young consumers tend to drive demand.

As we’ve seen, Indonesia has experienced a growing shift towards a larger middle-class population. This shift has translated into new influences on purchasing decisions. While product price remains the most significant factor influencing purchasing decisions, consumer sophistication is growing. This is seeing factors such as brand trustworthiness and product quality become increasingly prevalent.

A key trend mirrored in many global societies since the start of the pandemic is the rising health-consciousness of the Indonesian population. While health-oriented food and beverage products are generally more expensive, consumers are now placing emphasis on those products with better-for-you qualities, including low cholesterol, fat and sugar, and high vitamins and minerals. This trend, however, is largely restricted to those with higher household incomes, but has seen retailers increasingly stock healthier brands.

One important factor to note for food and beverage exporters is Indonesia’s majority Muslim population. Indonesia’s Halal Law introduced a 5-year phase-in period beginning 2019, which will see halal certification of all food, beverages, meat and poultry products become mandatory by October 2024. While implementation of the law remains somewhat uncertain, Halal certification nonetheless is an essential element for most exporters seeking to appeal to Indonesian consumers and therefore must be considered prior to market entry.

Looking at physical retail stores, supermarkets are struggling to differentiate themselves as they’re often caught between the range and bulk quantities hypermarkets offer, and the convenience provided by convenience stores. To tackle this competition, supermarkets have started to focus more on middle-to-upper-income consumers, while also marketing healthier products to tap into consumer wellness trends. Hypermarkets are also struggling from competition, however, as proximity retailing gains prominence. Overall, retail market growth is predicted to remain strong to 2025, which will particularly benefit the food and beverage sector, which comprises 70% of the total market, which is good news for manufacturers seeking to get their products in the door!

Of course, the most significant channel trend has been the rise of e-commerce, with large numbers of consumers shifting to online shopping to meet their food and beverage needs. The convenience offered by this channel is largely unmatched by physical stores, and will continue to drive growth post-pandemic as Indonesian consumers demand convenience more and more. In another attempt to differentiate, supermarkets such as Hero are partnering with digital players like Go-Jek to improve their online presence and capitalise on e-commerce growth. Much like the overall food and beverage retail market, the online space will also see substantial growth over the next few years, further encouraging manufacturers!

Categories for Australian Exporters to Watch

As incomes rise, consumer interest in meat, dairy and processed foods such as confectionery, savoury snacks and ready meals has risen in recent years, and will continue to do so into the future. Australian products, in particular, are popular with affluent consumers in large cities who are more likely to buy from international and imported brands. This is especially true when it comes to western snacks and foods including meat, dairy and grain products such as granolas and cereals. However, despite Australia’s reputation for high quality products, they remain niche in terms of sales figures, as their high price tag means they’re generally sold via modern retail channels rather than the more popular traditional retail and convenience stores.

Despite the vastness of the Indonesian population, there are some important challenges to note. The most recent edition of the Doing Business Report in 2020 found Indonesia to be ranked as 73rd out of 190 countries, ranking much further behind other Asian export markets like Singapore, Hong Kong and Malaysia. Regarding logistics, Indonesia also faces some more hurdles compared to other popular Australian export markets in the Asia Pacific region. On the 2018 Logistics Performance Index, Indonesia ranked 46/163 countries, indicating there may be some difficulties in arranging transportation and customs clearance for exporters, which may see export costs and timeframes rise. Other challenges include a relatively small urban population, at only 56.8% of the population, which may pose difficulties in reaching consumers.

It’s no secret that the Indonesian market does pose its fair share of challenges, from an economy still dealing with the impacts of COVID-19 to stringent halal certification, import and registration requirements. While these challenges no doubt emphasise the need for exporters to be patient in their investment of time and resources in entering the market, payoff can be substantial. A large population, increasingly sophisticated and health-conscious consumer base, positive perceptions of Australian products, and the advantages provided by the Indonesia-Australia Comprehensive Economic Agreement are all among the makings of export success in Indonesia!

We hope you’ve found these insights on the Indonesian market helpful. As always, if you’ve got any questions or want to discuss export opportunities for your company, feel free to drop us a line at Export Connect – we’d love to hear from you.